Skip to content
You are here
Home > Rules of the Tournament:

All players and officials taking part in CCUSA Cricket events agree to the rules & regulations outlined. Any player or team in breach of the rules, spirit of cricket or bringing CCUSA Cricket or the game into disrepute will be terminated from participating in the CCUSA C59 Cricket tournament.

Format of the Tournament

Players under suspension or ban by ICC and/or MAQ Cricket 59 body (country) and/or State/provincial and/or Local Associations/leagues are not eligible to participate in the C59. It is the team’s responsibility to ensure that no such player(s) joins the team. If such player plays for any team, that team will be disqualified from the tournament.

Management to be decided. 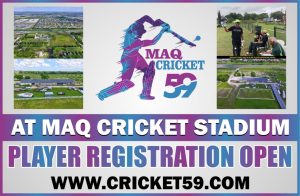